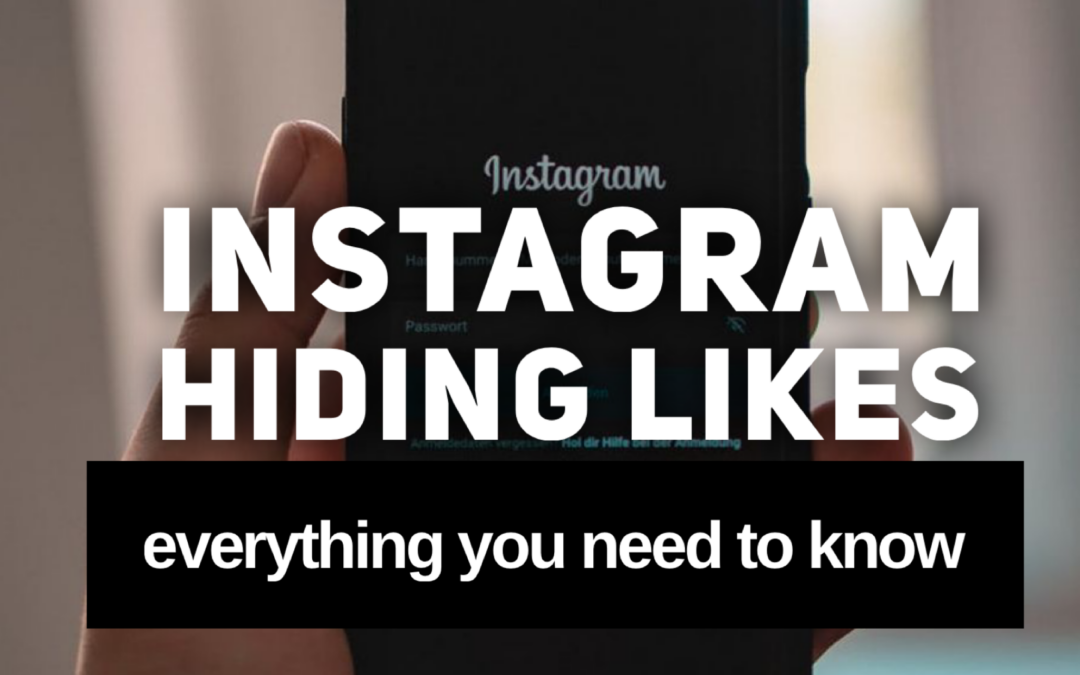 Did you see your Instagram likes suddenly disappear this week? If you did, you are not alone.

Some Instagram users were surprised to find like counts missing from the app. The company has been testing removing likes for years, and accidentally released the test to the public.

“We unintentionally added more people to the test today, which was a bug — we’re fixing this issue and restoring like counts to those people as soon as possible” a spokesperson told CNN.

The change has been in the works for a while. Instagram CEO Adam Mosseri announced in 2019 that the platform would begin hiding “like” counts on posts,

“We will make decisions that hurt the business if they help people’s well-being and health,” Mosseri said, according to Wired.

While not everyone will be affected initially, some U.S.-based users will be part of the now international test group, and we can expect this to expand to more users as time goes on.

Likes aren’t completely gone for those in the test. You can still view the like count on your own photos and videos, just not posts from others.

In April of that year, Adam Mosseri told BuzzFeed News that removing likes was “about creating a less pressurized environment where people feel comfortable expressing themselves.”

Instagram isn’t the only social-media platform to experiment with removing public metrics.

Note that likes will not be disappearing altogether – rather, they will just be hidden to followers, but users will still be able to view how many likes they’ve received on a post with just a couple taps.

You will still be able to see how many likes you’re getting on posts, even if your followers can’t. However the likes count will not automatically appear under your post, instead, you will have to tap “others” to go through to the total number of likes:

Instagram has been taking positive actions to make the platform a safer, more inclusive space.

And with the introduction of private likes for some of Instagram’s 110 million users in the US, it could mark the beginning of a very different Instagram for everyone.

How Will Missing Likes Affect Influencers and Brands?

The big question on everyone’s minds is: how will this affect Instagram influencers and businesses?

At CSI we think this is a really positive change for the platform. Instagram Stories don’t have any public metrics, and that hasn’t stopped it from exploding in popularity with both users, brands, and influencers.

The fact that your “like count” is out of sight means that the focus is on your content, rather than a number, and can allow you to post more freely without being confined.

For some people if their likes are hidden away, it serves as a mental health reminder to check themselves: do you really need to know how many people liked your recent selfie??

Obviously, this change has major implications for influencers. It could make it more difficult for brands to find Instagram influencers to work with.

This will likely be good news for influencer marketing platforms like CSI’s TEAM SIX looking to find the right creators to partner with.

Brands care more about reach and engagement rate than they do followers, so without the ability to publicly view an influencer’s likes (aka their engagement), it could make it harder to gauge how engaged their community is. Suddenly, a good influencer media kit is now deemed essential.

Brands are quickly moving away from caring solely about likes, and focusing more on creating long-term partnerships with influencers like CSI’s TEAM SIX who create on-brand content and have an authentic relationship with their followers.

Taking away likes isn’t going to change that, we just need to look at Instagram Stories to see that both brands and influencers can have success with branded content, without engagement counts being public.

1st Phorm brand ambassador @benjaminjcarey is excited about the change, saying that he hopes this will be a “positive move, where brands start looking at other metrics that derive more meaning, like the value of comments, impressions, or saves.”

At Center Street Interactive our passion is promoting people, events, and organizations. Reach out to us and let’s talk about your project!